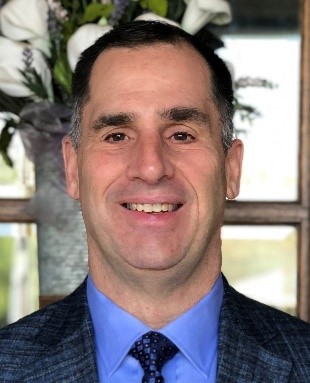 The Home Builders & Remodelers Association of Western Mass is proud to announce that William P. Laplante of Laplante Construction Inc. of East Longmeadow, MA has been nominated as the chapter’s 2022 HBRA-MA Legend of the Industry Award recipient.  This prestigious award will be presented to William at the State Installation of Officers on Wednesday, November 2 at The Barn at Gibbet Hill in Groton, MA.  This annual award is presented to a member who epitomizes the essence of service to their community, and to the building industry

Bill joined the family business, founded by his father in 1964, when he was in high school. He worked weekends, school vacations and summers as a laborer, mason tender and carpenter, and continued working while earning his bachelor’s degree in economics at Trinity College. Upon graduating in 1992, Bill joined the company’s framing crew and spent the next five years in the field learning the business from the ground up before entering into management of the company in 1997.  He became President of Laplante Construction Inc. in 2003.

In 2020 Bill expanded the company’s reach beyond western Ma by opening a satellite office in Orleans on the Cape. The company provides custom home building, remodeling and light commercial services.

The Laplante firm has been a member of the Western MA association since 1969 and has had a stellar reputation for quality of workmanship and developing trusted relationships with its clients for over 50 years. The firm and its reputation are known throughout western Mass, northern Connecticut and now Cape Cod. The longevity and reach of this outstanding reputation have helped to create a positive impression about the homebuilding industry in Massachusetts. Bill Laplante has extended his company’s reputation to the public through advertising and marketing. Over the past ten years, Bill has guided his company’s marketing efforts strategically, creating a brand and image that reflects the quality and client dedication that is emblematic of the firm. Laplante’s website, advertising, and social media marketing are literally the talk-of-the industry – other firms and marketing companies look to Laplante Construction for marketing best practices. This highly visible image of excellence that Laplante Construction has established further enhances the public’s perception of the home building industry in Massachusetts.

Although the firm has been a member of the home builders since 1969, Bill joined the association in 1992 and has served the HBRAWM as president in 2001-2002 and has served on a multitude of committees including the Western MA Home Show and education committee.

Active in both civic and community service undertakings, Bill has fought to curtail local and state regulation over-reach and has helped to develop streamlined permitting processes for various municipalities. Bill has participated in the Pan Mass Challenge for 10 years and has raised in excess of $250,000 in support of childhood cancer research. Additionally, Bill is an avid supporter of the Make-A-Wish Foundation, as well as Pathlight which provides opportunities for individuals with disabilities, and the Longmeadow Veterans Memorial.

Bill resides in East Longmeadow with his wife of 28 years, Tamara and their daughter, Jaclyn, who is currently attending Bates College. Bill and Tamara’s second daughter, Brielle, passed away in 2012 at the age of 13. Bill is the second person in the family to receive the HBRAMA “Legends of the Industry” award. Raymond Laplante, Bill’s father, was awarded this distinction in 2009.

The association congratulates William for this prestigious honor for a career dedicated to quality building, community service and furthering the future of the industry through his hardworking efforts.

If you would like to support William Laplante and attend the HBRA of MA Annual Installation Dinner where he will receive his award, please call the HBRA of MA at 617-773-3305, or go to their website to register at www.hbrama.com.