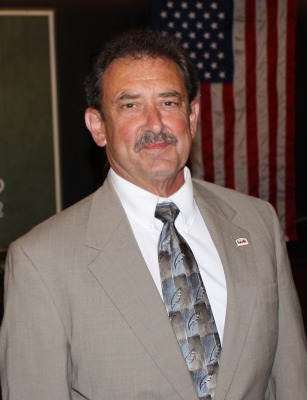 David DeGiorgis has served as the HBRA of Western Massachusetts President during the past year. As the end of his presidency draws near, we reflect on some of the key association accomplishments during the 2017 – 2018 fiscal year.

Prior to the start of my administration, Executive Director Brad Campbell announced that he would be leaving the helm of the association and pursuing another chapter in his career. A search committee was formed to find a suitable candidate to replace him. The association leadership selected Andrew Crane of A-Crane Construction Company as the interim Executive Director for a period of one year. The Search Committee became the Transition Committee designed to assist Mr. Crane and the staff of a smooth change as they maneuvered through staff and leadership changes. The Search Committee will reconvene shortly to explore how to proceed forward for the best interest of the association.

The Clambake in September was another success story as our association joined the HBRA of Hartford County and our area Inspectors for a great day of food and fun at High Meadow in Granby, CT. Hundreds of members and their guests, along with area inspectors enjoyed networking at this relaxed day long event.

Our membership meetings have evolved into great networking events on site at various member locations such as Frank Webb Home, Oasis Shower Doors, A. Boilard Sons and SAFCO Foam. Thank you to these members for hosting such great events at their businesses and allowing our members to see first-hand how their company operates. Without a formal program, members can come and go at their leisure and maximize their networking time with fellow members.

In December, the Holiday Open House was a fun night which benefited the Toys for Tots campaign. Our members graciously donated toys and money for this worthwhile cause to make the holiday season a little brighter for many families. Members and their guests enjoyed great food, holiday cheer, networking and a host of raffle prizes.

The first of the year brought a lot of new changes to the building industry. The Ninth Edition of the Massachusetts Building Codes began, as well as revisions to the CEU educational requirements for renewing a CSL license. Contractors are now limited to only six hours of CEU credits on-line and must take their additional credits in a classroom. These changes have boosted the attendance of our in-class training of CEU programs. A new program offered by the HBRA-WM this year was a Forklift Training Seminar which was held at the association headquarters. Participants had one day of in-class training and the next day they were able to practice their skills on various equipment in the back-parking lot.

The Original” Western Massachusetts Home & Garden Show produced its 64th show which was well received. Many of our vendors reported a successful show and were excited for the start of the busy season. Due to the hard work of the Home Show Committee and staff, the show continues to be a great success and continues to fund the association’s annual activities.

In April, we held our Legislative Breakfast at the MassMutual Learning Center. Various local and state legislators were on hand to join our members as state lobbyist, Ben Fiore, addressed some of the key issues facing our industry. This event continues to be a very important event and I encourage all our members to attend it.

This year, as a tribute to long-time member Donald Smith of Smith Associates who was our Golf Chairman for many years, the first Annual Don Smith Memorial Golf Tournament will be held at Franconia Golf Course in May. This event is a great day of golfing followed by a delicious steak dinner held at the Elks Club in Springfield.

The year will wrap up with the State Installation & Awards on June 19th which will install HBRA-WM member Hunter Marosits as the State President. This prestigious event will be held at GreatHorse Country Club in Hampden, MA. A week later, our own association will conduct the Annual Election & Installation of Officers and Directors on June 26th at the Castle of Knights in Chicopee. I urge all members to attend and select your newly elected leadership.

“As my presidency ends, I would like to thank the membership for the opportunity and privilege of representing our association. I urge all members to become active in the affairs of our association whether joining a committee, serving as an ambassador at the Home Show, or just attending a meeting. There is a wealth of knowledge and expertise among our membership and the more active you become, the more you learn about the industry. The relationships that you develop professionally and socially are just an added bonus to being a member of such a fine organization”.

Another successful Holiday Open House thanks to all of our Members dedication and support.  Thank…

The association is pleased to announce that on Tuesday, June 19thHunter Marosits, of H &…

The prestigious Edward R. Pedersen Distinguished Service Award was given to David DeGiorgis of David…